Become a Donor
Click here to sign-up to become an organ, eye, and tissue donor on the National Donate Life Registry. 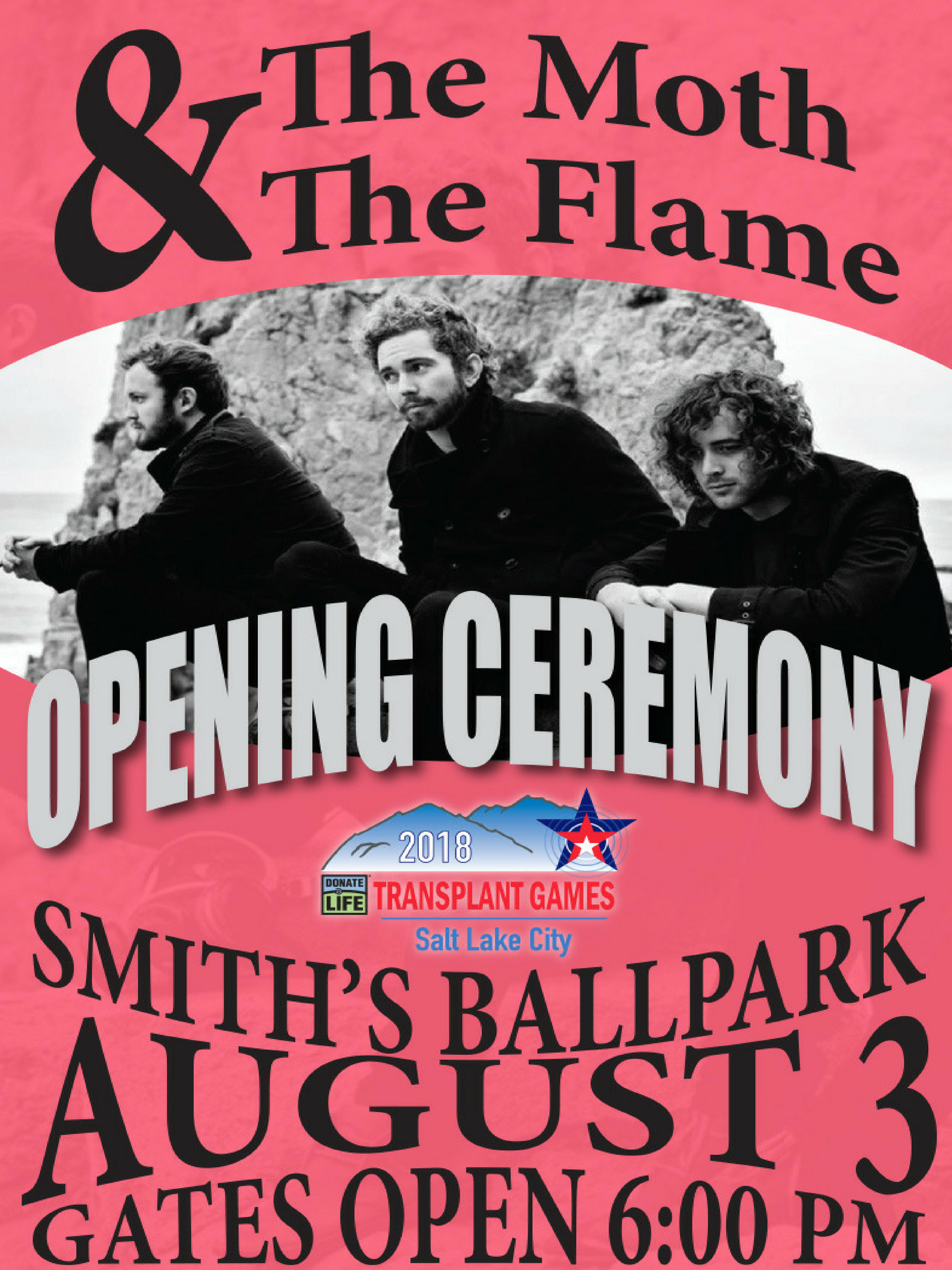 About to release their newest album, TMTF is comprised of Provo natives, Brandon Robbins, Mark Garbett and Andrew Tolman.

Kicking-off five days of events and competitions, the Opening Ceremony will be held Friday, August 3 at Smiths Ballpark. Gates will open at 6pm, with festivities starting at 6:45pm and the band performing at 8:45pm. Tickets for this event are free to the public and availability will be announced in the coming days.